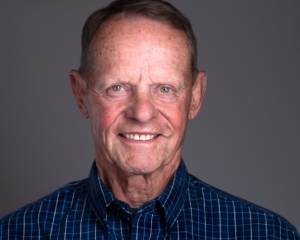 On May 24th, LMSS Senior Coach Gordy Bowers will turn 80. Though the Lake Minnetonka sailing community is rife with talented individuals, few have achieved the depth or breadth of influence that Gordy has. From his involvement with Minnetonka Yacht Club, to starting his own sail making business with Bowers Sails, Gordy has been a guiding force in all our lives. His contributions are best demonstrated by his achievements as a competitor, coach, and overall advocate of the sport.

“It’s because of his incredible impact of our community that we celebrate Gordy Bowers on his 80th birthday, and every day, at Lake Minnetonka Sailing School. Gordy shares legendary influence — with remarkable insight and a characteristic approach — and provides incredible benefit to sailors at any age and ability,” noted Jessica Haverstock, executive director. “We want to take this time to properly honor Gordy and his lifetime of dedication to the sport of sailing on this milestone birthday.

Synonymous with “sailing fast” Gordy has achieved much throughout his competitive career. He is a two-time winner of the O’Day Singlehanded National Championship (68/69), a Finn North
American Champion (69), a 5.5 Meter World Champion (67), and a two-time member of the US Sailing Team (68-70/78-80). He has also won a dozen national and ILYA championships in various scow classes.

After coaching on the international stage, Gordy returned home to Lake Minnetonka, where he currently serves as Senior Coach for the Lake Minnetonka Sailing School. In that time, the Minnetonka High School sailing team has gone from under a dozen team members to an enrollment of 50 or more sailors annually, becoming a perennial power in the Midwest region. He has been a diehard advocate for the sport in general, coaching the youngest new beginners, and national and international athletes with equal enthusiasm. It is believed Bowers has won more sailing titles and taught more young sailors than anyone in the history of Lake Minnetonka. Asked in 2019 to estimate how many young sailors he has coached, Bowers said, “Hundreds. Maybe thousands?” He is a treasure to our sailing community, and his influence has been felt by all who have had a chance to sail with him.

Ask anyone, and they’re sure to tell you a favorite story about Gordy!
To celebrate, and showcase the many lives Gordy has touched, we have created a collection of testimonials and stories from sailors from various generations and backgrounds. While we regret we couldn’t interview more people to write about how Gordy has affected their lives, please enjoy this small sample of the influence Gordy has had in shaping those around him.

Special thank you to Mike Hansen, LMSS staff and Mark Sigel and team for their dedication to this project. Thank you also to the many photographs shared and borrowed for this project including Steve Bernstein, Hannah Noll and contributors.

The community will have the chance to share in the celebration with a limited-edition Bowers Sail Fast Swag Bag, now through May 24 including a limited edition tote bag with a t-shirt, floating key fob, journal, hat, poster and commemorative cookie canister.